For centuries, oysters have provided a sustainable food supply and contributed to the economies of Delaware and New Jersey communities. In fact, 1 to 2 million bushels were harvested every year during the 1930s, when the population initially began to decline. The introduction of the oyster disease MSX in the 1950s, followed in the 1990s by a second disease, Dermo, has resulted in a significant decline in the oyster population. Consequently, the industry has been imperiled.

Over time, the shell-planting and transplant program could increase production to approximately 200,000 to 400,000 bushels per year, with a possible economic impact of up to $60 million between the two states. This is money that would not only revitalize the oyster population in the future, but also many coastal communities dependent upon the living resource. 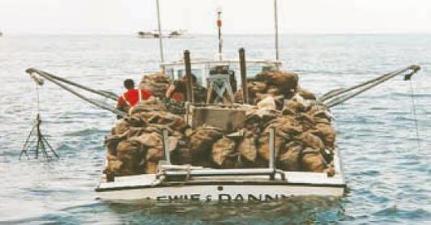