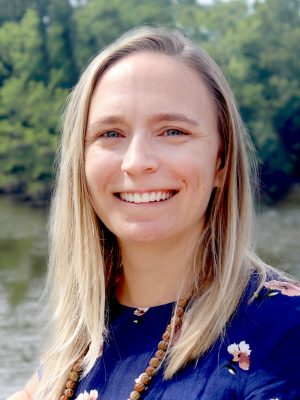 Elizabeth Horsey is Development Director for Partnership for the Delaware Estuary. As such, she handles fundraising, event planning, and database management. Horsey initially joined PDE in 2008.

Previously, Horsey worked as a technical writing editor for three years, during which she prepared manuals for the chemical industry on topics such as safety, health, and environmental standards.

Horsey earned her Bachelor of Arts degree from the University of Delaware, where she majored in English and minored in both History and Spanish. During her time in Newark, she also studied abroad in the Galapagos Islands and Ecuador — a nation that also contains an estuary.

Today, Horsey lives in Wilmington and enjoys traveling and spending time at the beach.